In 2016, Governor Jerry Brown signed Senate Bill 1383 into law, creating statewide greenhouse gas emission reduction goals. The law would roll out slowly over the course of several years with established dates for each action step trickling out until January 1st, 2025, where it would then be in full-effect. During the first 6 years, the action steps focused on rule-making, training and adopting regulations. However, starting in 2022, those regulations took effect and enforcement has begun.

As of january 1st, 2022: All residents and businesses are now required to divert inedible food waste to the organic green waste bin. In addition, commercial edible food generators must redirect and donate edible food that would otherwise go to waste. This is part of an effort to reduce organic material discarded in landfills throughout California.

When compostable materials such as food scraps and other organic materials get landfilled, they create greenhouse gas emissions because these items decompose anaerobically (without oxygen) in the landfill and produce methane. According to the new rule, organic materials, (meaning solid wastes containing material originated from living organisms and their metabolic waste products) must go into the green waste bin. This includes food and food scraps (such as fruit, vegetables, meat, bones, shells, dairy, and leftovers), plant material (such as grass, flowers, leaves, branches, and wood) and food-soiled paper (such as paper towels, and napkins). Although organic in nature, animal waste cannot be composted and must go into the garbage can.

Rate Increases: New regulations and increased gas prices have hiked trash rates throughout California. Locally, those rates vary by city depending on the management authority, processing plant and contracted trash collector. SLO County has 2 management authorities; Integrated Waste Management Authority (IWMA) which oversees the 7 incorporated cities and 12 special districts, and the County which oversees the unincorporated areas. IWMA adds 5.5% to all residential bills in order to cover their costs. The County, by contrast, adds 2%. The County also worked to exempt rural residents from the new food waste requirement. As a result, Santa Margarita residents are seeing their rates increase only 20% compared to Cambria and Cayucos where rates are increasing more than 40%. Templeton’s trash is hauled to a compost center in Creston which operates much cheaper than the anaerobic digester facility south of SLO where IWMA sends most of their haulers. Rates in Templeton have risen less than 20%.

Wood:
If small, clean and untreated.

90 percent of all millionaires become so through owning real estate. 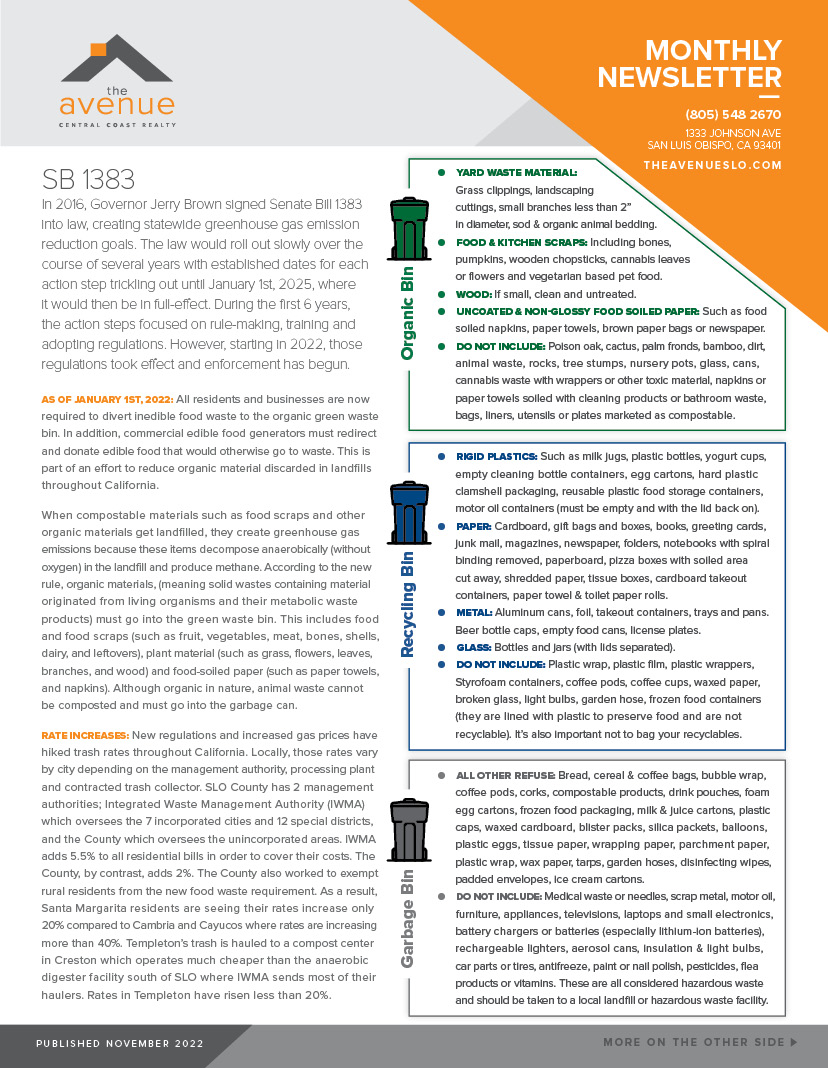 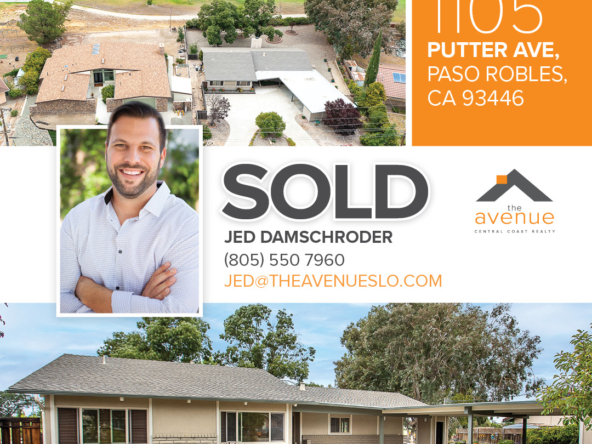 🏡 Congrats Jed Damschroder on your latest closing at 1105 Putter Ave, Paso Robles backing up to...
Continue reading
by bdaane 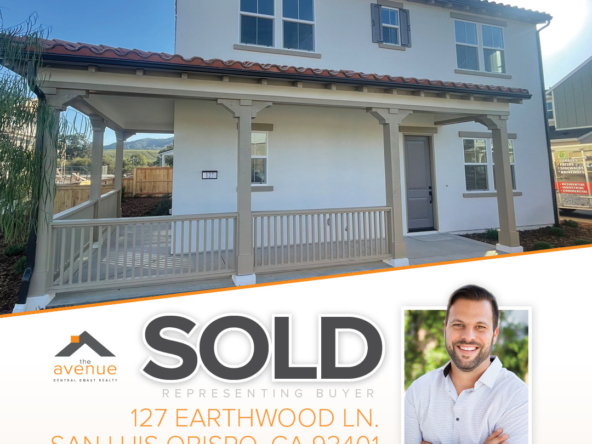 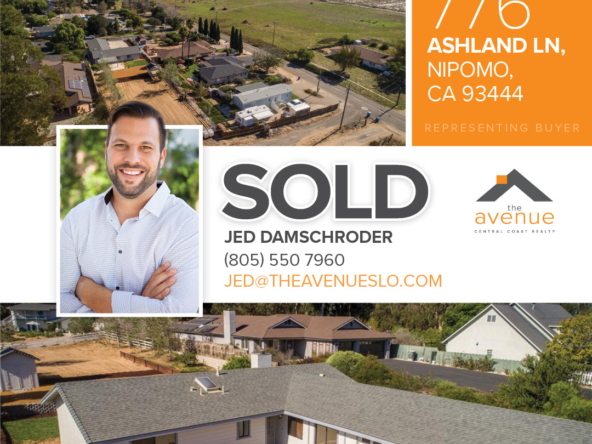 😀Congrats Jed Damschroder on your closing of 776 Ashland Ln, Nipomo

😀Congrats Jed Damschroder on your closing of 776 Ashland Ln, Nipomo 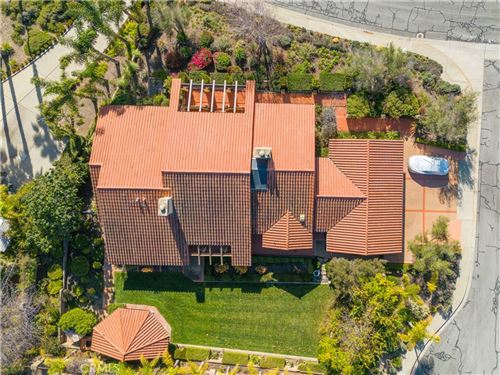 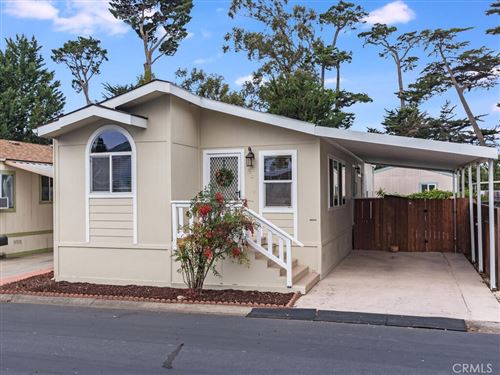 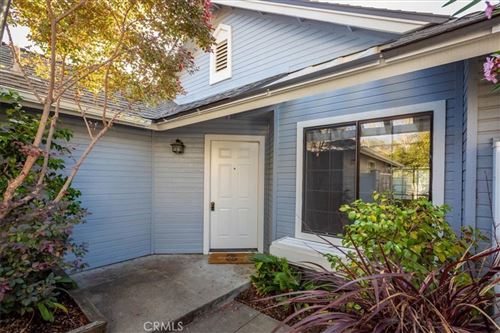 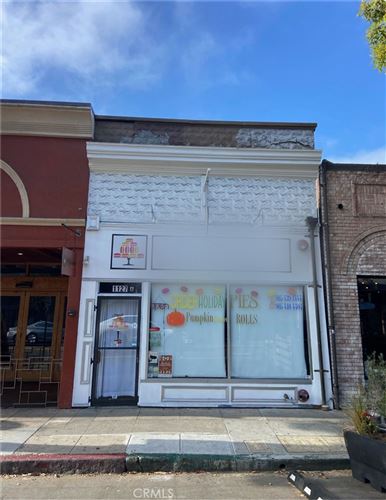 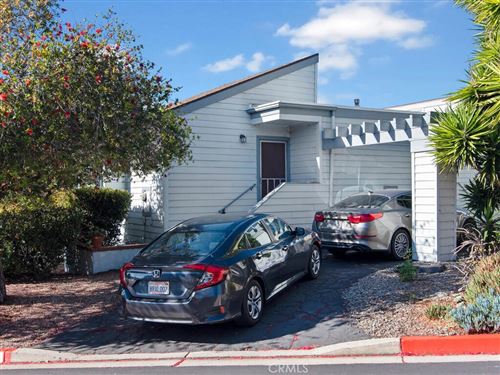