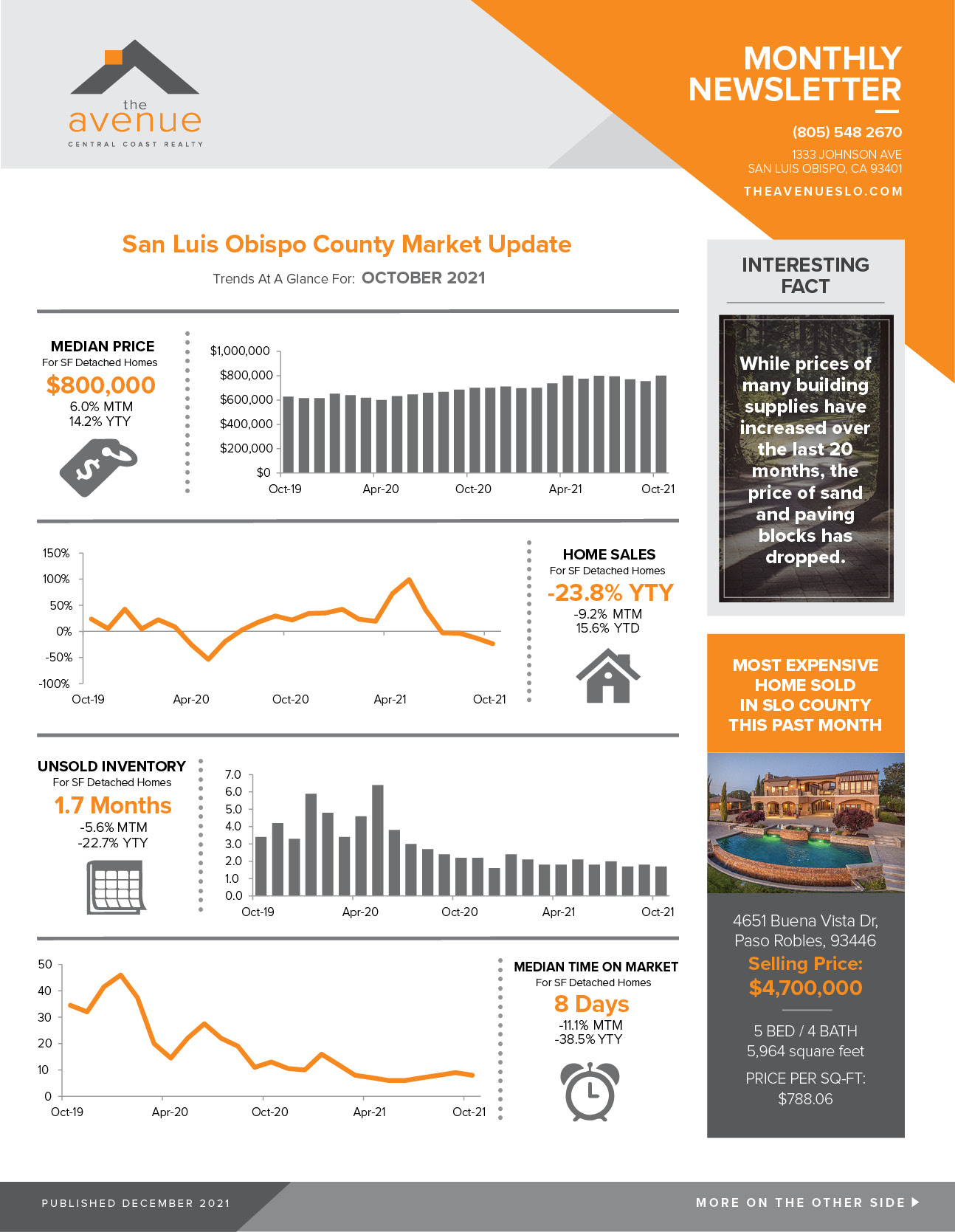 ADUs are a secondary, usually smaller, unit on a property that can either be attached, like a loft conversion or a garage apartment, or detached, like a granny flat or guest cottage. According to Google Trends, more Americans are searching for ADUs online than ever before.

Popularity There are an estimated 1.5 million ADUs in the U.S., making up roughly 2% of all homes in the country.

Growth ADUs are growing at a rate of 9%, or 100,000 per year. They have been gaining notoriety with various states and cities passing legislation impacting their legality.

Driving Forces The popularity of ADUs has been driven largely by the growing cost of housing, rising rents and a decline of entry level homes, especially in urban areas of the West Coast.

Size Garage apartments are usually around 400 feet. Basement units are often as large as 676 square feet. The square footage of fully detached units tends to run between 550 and 1200 square feet.

Multi-generational living A recent Pew Research study finds that the majority (52%) of young American adults aged 18-29 are living with their parents. Older Americans are also now more likely to live with their grown children instead of on their own, or in a care facility. With multi-generational living becoming increasingly common with the pandemic, ADUs are an obvious solution which meets the changing housing needs of families.

Research If you’re considering adding an ADU to your own home, you can start by visiting your local Planning & Building department to find out what’s allowed in your area.

At the city level, Los Angeles leads with 12% of all the active listings of properties with an ADU across America’s 500 biggest cities. Second place belongs to Portland, with 4%
of the nation’s ADU homes for sale.

Even though California is by far the leader in ADU construction, Oregon has a higher proportion of homes with ADUs in sales listings. In Oregon, nearly 1 in 20 listings has an ADU (4.8%), while in California, it’s closer to 1 in 25 (3.9%). A study by Freddie Mac also notes that ADUs in Portland metro were growing at an astounding rate of 22% a year between
2015-2018 — the fastest rate of all metros in the U.S.

Value An analysis by porch.com shows that in big cities, homes with ADUs are priced 35% higher than those without. 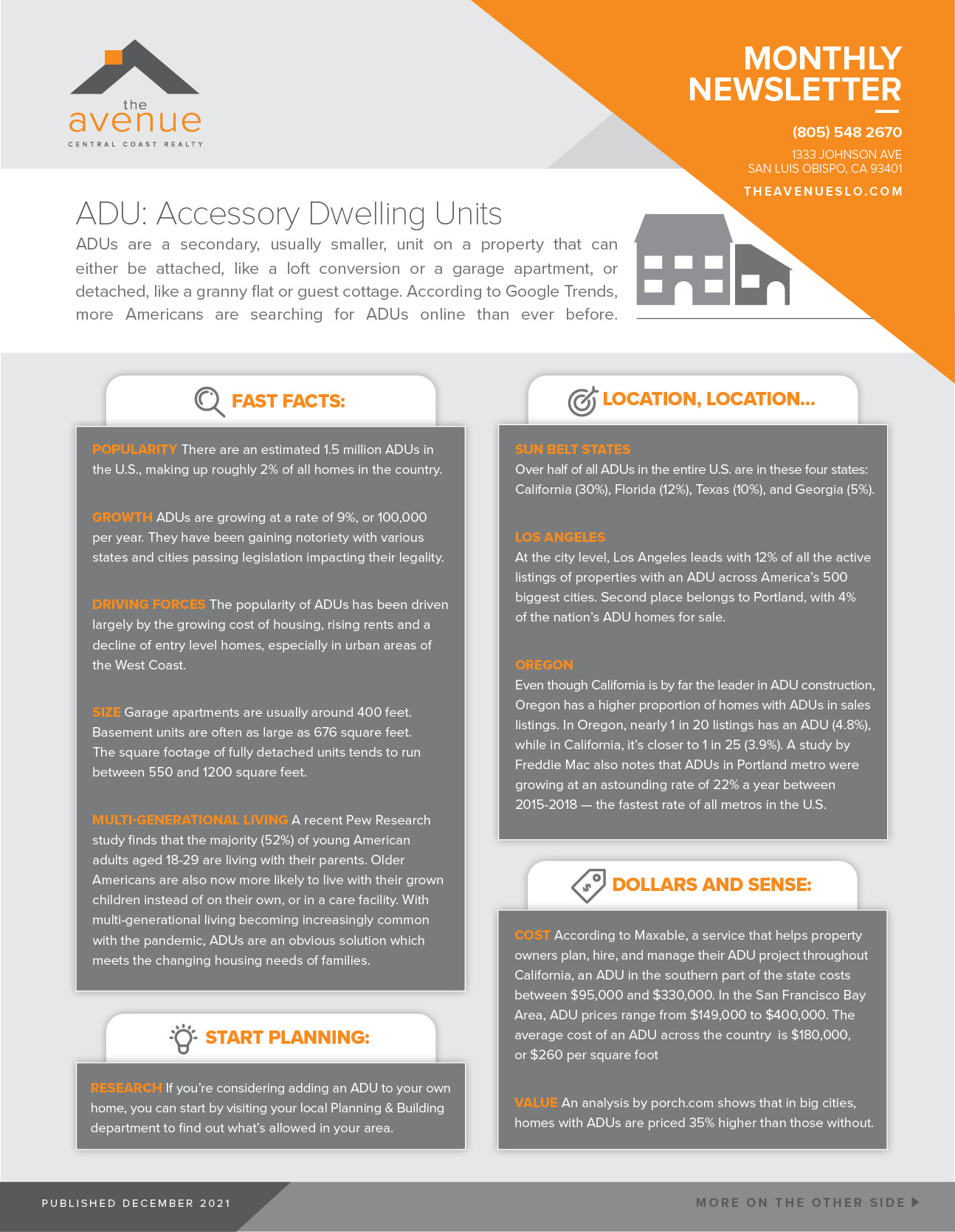 ESCROWS CLOSED-Congratulations Mukta on your closings in Atascadero & San Jose! 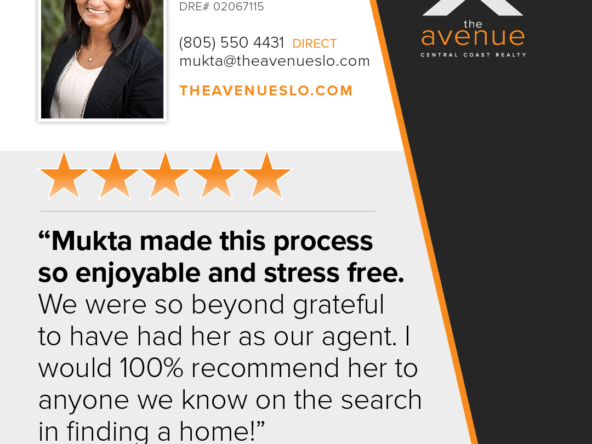 ⭐⭐⭐⭐⭐ Another awesome client review for Mukta! "Mukta made this process so enjoyable...
Continue reading
by bdaane 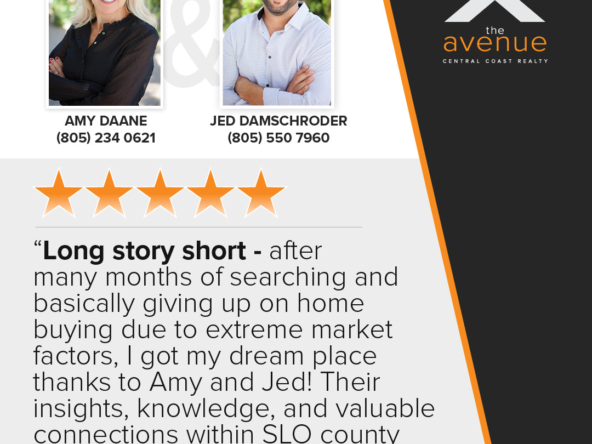 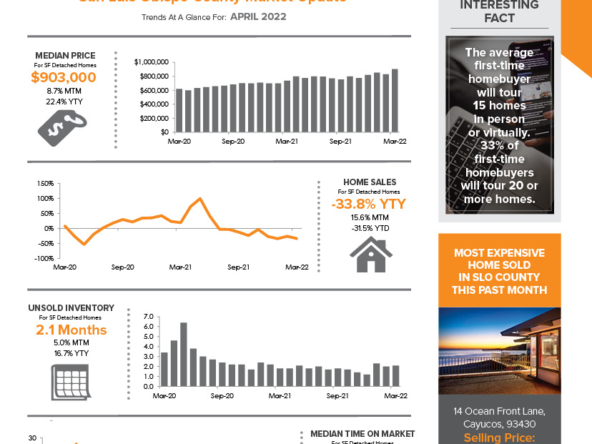 The Avenue MAY 2022 Real Estate Newsletter

The Avenue MAY 2022 Real Estate Newsletter

Congrats Sacha on your latest closing in San Luis Obispo! 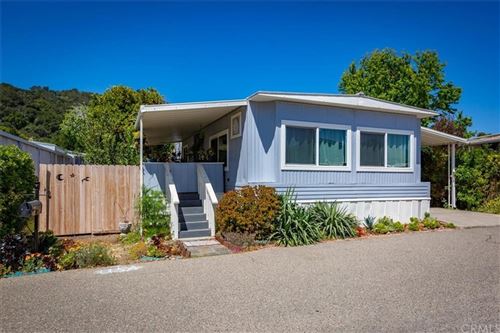 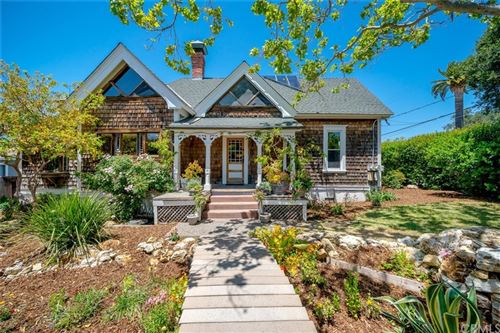 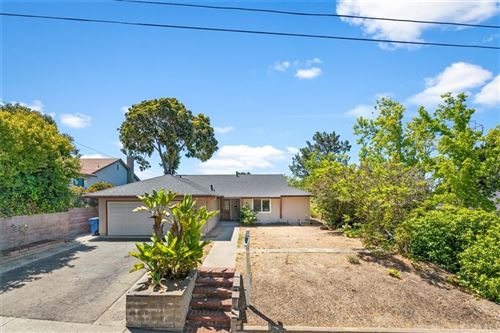